From The Archive: Jacques Tourneur Utilizes Physical Space for Suspense in ‘Cat People’ 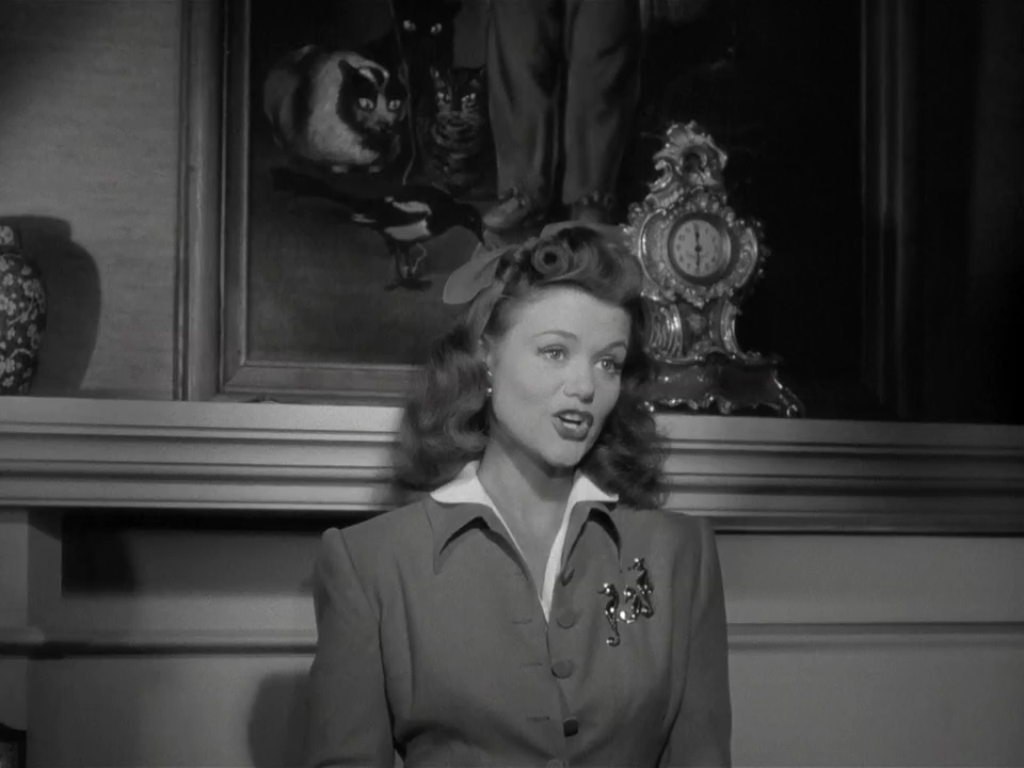 Five years before director Jacques Tourneur and cinematographer Nicholas Musuraca collaborated on the 1947 film noir classic, Out of the Past, the duo flashed their horror teeth with Cat People and established one of the genre’s classic techniques. Today, moviegoers expect to be frightened after a long buildup, but it was Cat People that first blurred the lines between fiction and reality with “The Newton Bus.”

At first glance, Irena Dubrovna Reed (Simone Simon) appears to be quite the catch for the straight-laced American Oliver Reed (Kent Smith). She’s dressed elegantly in Central Park and focuses her gaze on a black panther as she sketches its form. Seeing an opportunity to swoop in, Mr. Reed strolls over and discovers the Serbian-American artist has drawn an impaled panther. But does that bother the Big O? Naw, he’s the real cat’s meow and dismisses the gory scene.

After receiving an invite up to the young lady’s apartment, Oliver begins to discover further oddities about his new friend. One, she has no other friends, which can be a blessing and a curse: “where are you, Oliver, where” (not her real dialogue). Irena also boasts a fascinating statue of a glorious cat being impaled by a warrior — a tribute to King John of her native Serbia, who once slayed the local evildoers (although a few escaped). Despite the strange tales of bloodlust, Oliver buys his new a gal a little kitten…and it does not go well — at least not initially. However, the relationship takes a downward spiral once Oliver’s wandering eye attracts the attention of gorgeous co-worker Alice (Jane Randolph) and his big mouth reveals Irena’s secrets. And so, a mesmerizing chase scene ensues that ends with the cat-like shrieks of an approaching bus — The Newton Bus. Beware of the Cat People!

The movie-making wizardry of both Tourneur and Musuraca becomes evident within the opening minutes of Cat People. A beautifully lit interior scene instantly demands attention and wide-angle shots of Irena’s apartment express the loneliness of her character. Although I was initially curious about the mischievous appearance of Simone Simon and Irena’s strange backstory, the aesthetic value of Cat People simply took me by surprise. We, as viewers, understand that Irena has become increasingly frustrated with the antics of Oliver, Jane and even the slimy Dr. Louis Judd (Tom Conway), but don’t know how she will react. Adding to the suspense, Tourneur wisely refuses to cheapen Cat People with “scary” props, and instead focuses on psychological imagery: numbers on the wall, hatches, cats appearing in Irena’s dreams and a frightened Alice alone in a pool. 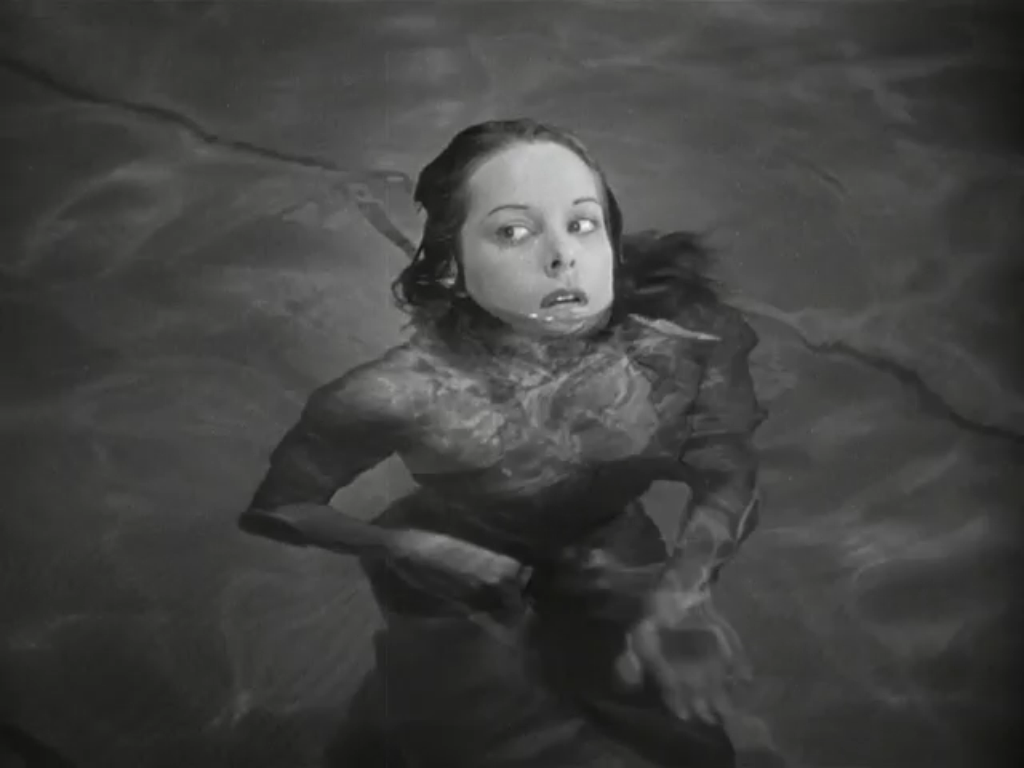 The pool shot serves as brilliant reminder that no one is safe. Somehow we know that Irena could fly through the air and destroy poor Alice, but that’s not what happens — because we don’t know everything about Irena. Tourneur slowly creates a mysterious character, but we never see her do anything wrong. In fact, her biggest fears are dismissed by the all-knowing Dr. Judd and a strange Serbian woman ruins her night out on the town with Oliver. 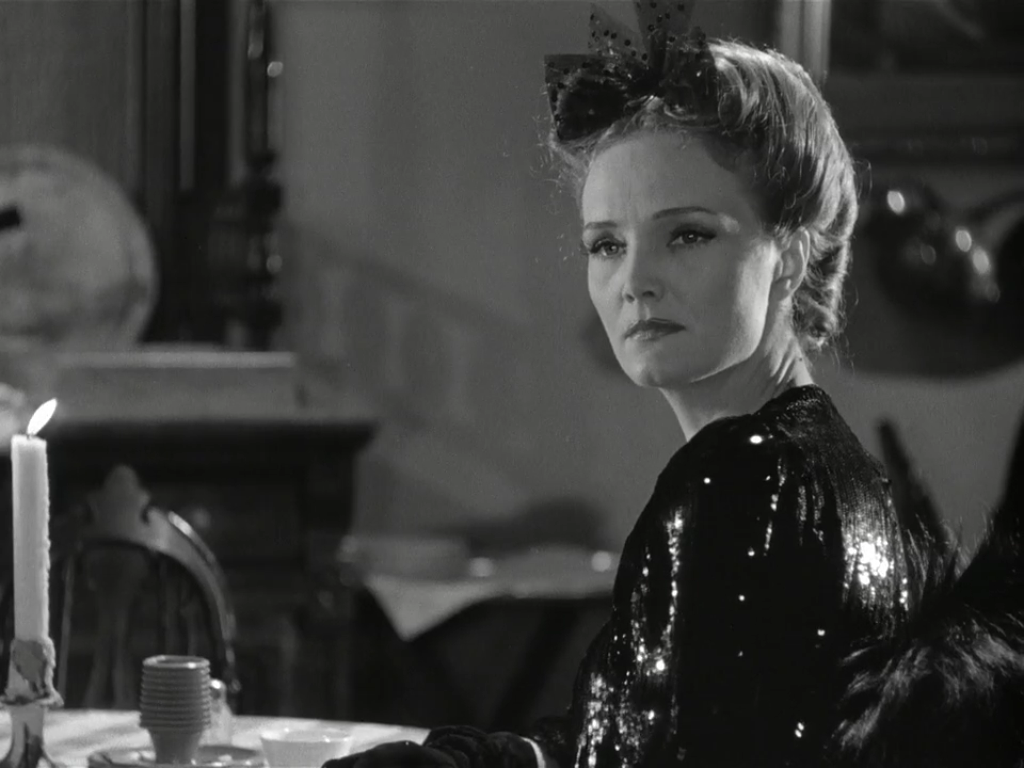 Cat People is one of those rare films that contains hundreds of stills worth studying for both established and aspiring filmmakers. Whether it’s the poetic movements of the characters or the exquisite staging, Jacques Tourneur made something far beyond just another entertaining horror film. To me, it’s a perfect example of how to establish suspense through physical space and character framing.